mb. I am heartbroken.

When I first heard that Prince died, I immediately thought it was a hoax, a cruel joke. But as the news circulated via social media and the internet, I realized that it was true. My sadness was palpable.

Prince’s music was the soundtrack of my life. I could easily run off a number of his hits and how each song, every lyric had a special meaning, memory or significance. As one fan so eloquently and perfectly stated on a recent post:

“This is not like a great movie I saw, or 1 or 2 great songs…. this is DECADES of LIFE influences and ways of becoming who u are and how u perceive life and time. This is losing someone you have known ALL your life. [. . .] This is the loss of what u saved months of allowances to physically walk to the record store feeling the vinyl in your hands… having to wait till u got home to drop the needle and listen over and over and over again. No iTunes, no internet, just radio, and what a friend said they heard about it… This was just u and the music. This is the loss of that voice that made it ok, to be whatever u wanted to be…. even when u didn’t believe it. This is hollowed ground that your favorite artists favorite artist taught them how it should be. This is the reason some of us were even made….. “Dearly beloved”… u think of him, before u think of a wedding or funeral… u see a red corvette, u already know… and u can’t look at purple and not think of 1 song…. this is a loss of generational sound. Icons like this are given, shared, embraced, taken away, revered, remembered …. and hopefully cherished. He would say for years “May u live to see the dawn”… then it grew to, “Welcome to the dawn” because he realized that life is short, and the journey, and what u do with it, is what matters. Be that journey . ‪#‎ripPrince‬“

Unfortunately, I never saw him in concert. When Prince performed in Louisville last year, I tried my hardest to get tickets but the show was sold out within minutes. I told myself, “Surely I’ll get tickets the next time.” Sadly, there will never be a next time. I’m just so thankful that his gift, his artistry and immense talent will continue to live on through his music.

Prince was 57. Such a short time on this earth. Such a significant loss. But did he ever rock it out while he was here!

Godspeed, Prince, oh, Beautiful One. I know there will be a serious jam session in heaven tonight. 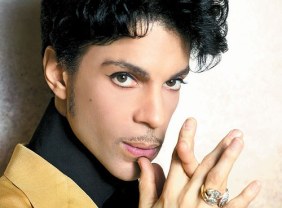